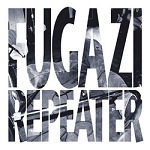 $7.99
Death Cab For Cutie, You Can Play These Songs With Chords, Music Cassette Tape, Album

When every song promotes crime. GG Allin & The Murder Junkies 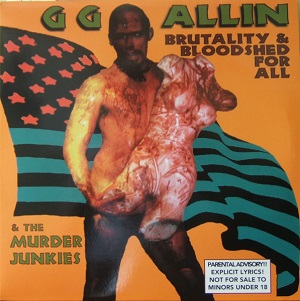 Those new to GG Allin & The Murder Junkies are likely to be shocked by their antics. Even though we're taking a Timewarp, back to the 1990's, these offensive phonograph records & book will still likely horrify you, or maybe just crack you up.
On stage, GG was famous for his nudity, violence, excess, excrement, deviancy, urination, & his extreme stage show. He had an obsession with serial killers, & once announced he would commit suicide on stage on Halloween, something luckily he did not carry out.

This band is better than most hardcore bands though, not punk ordinary, so it's worth checking out.
Most of the police would enjoy the silence, in between songs, as this music promotes crime of the worst kind.
Examples of song titles include...

Cunt Suckin' Cannibal
Outlaw Scumfuc
Kill Thy Father, Rape Thy Mother
Shoot, Knife, Strangle, Beat & Crucify
I Kill Everything I Fuck
Slice Yer Fucking Throat
The list goes on & their theme is clear. They're murder junkies, out for blood,  & promoting crime thru their music.
With GG Allin & The Murder Junkies, their year is 1993. Their hit studio album Brutality & Bloodshed For All was released with controversial underground acclaim on Alive, & according to their narrative, their supporting tour ended with the death of GG Allin.
Terror In America, Live 1993, captures the spirit of their tour, an excellent set on vinyl record, and ideal companion to their studio release.
The book by Evan Cohen, called I WAS A MURDER JUNKIE: The Last Days of G.G. Allin, offers an insight into their final tour, with inside information from Murder Junkie Evan, fills in the gap, & makes an excellent read.
So is their narrative true!

I'm tired of hearing about accidental Heroin overdose, the supposed end of their Terror in America 1993 tour. Sid Vicious, Janis Joplin, Kurt Cobain, Darby Crash, & GG Allin all state the same.
It's strange however that despite Heroin being too difficult to synthesize, & does not exist as a street drug (outside the media), yet receives tax payer funding from the War on Drugs, & millions of so called junkies are picked up by veteran police officers every year. It's a fake epidemic with really profitable solutions.
One try & your addicted! A lifetime of treatment!!! It's 100% Bollocks!!!

I WAS A MURDER JUNKIE: The Last Days of G.G. Allin, Paperback Book, Contains nudity